The Inspector-General of Police, Mohammed Adamu, on Tuesday, met with some police chiefs at the force headquarters in Abuja.

The meeting was held amidst the security challenges Nigeria is facing. These challenges include insurgency, banditry and kidnapping.

At the meeting, the police boss briefed the officers on some of the achievements of the force in tackling the challenges.

Also discussed was the incessant protests by the Shiite Islamic Movement of Nigeria (IMN) against the incarceration of the group’s leader, Ibrahim El-Zakzaky and his wife, Zeenat.

Over a dozen people were killed last week during the Shiites protests. The victims include a senior police officer, a journalist and many Shiites.

The government on Friday secured a court order to proscribe the group.

On Tuesday, Mr Adamu vowed that the police would deal with anyone that associates with the IMN.

“In consequence, henceforth, any person engaged or associating, in any manner that could advance the activities of the proscribed Islamic Movement in Nigeria, shall be treated as a terrorist, enemy of the State, and a subversive element and shall be brought to justice within the context of the Terrorism Act,” he said.
Deployment & Distribution of Nigeria Community Policing Officers across the Nation
Mr Adamu also announced the deployment of police officers for community policing. He gave the breakdown of officers to be deployed to the 774 local government areas of the country.

I warmly welcome you all to this Conference which is a continuation of my management tradition to constantly engage strategic managers across all Commands in the Nigeria Police towards regularly evaluating the internal security profile of the country. This is with the intent to keep abreast with the dynamics of crime and to jointly discuss pathways towards either strengthening existing strategies or evolving new approaches.

2. Within this context, I am delighted to note that the strategies so far emplaced and the commitment demonstrated by officers across all ranks in the Nigeria Police within the past months have combined to aid in stabilizing the internal security profile of the country. In consequence, between January 2019 to date, a total of four thousand, one hundred and eighty-seven (4,187) high profile suspects have been arrested nationwide. This includes one thousand, six hundred and twenty-nine (1,629) armed robbery suspects; one thousand and fifty-three (1,053) suspected kidnappers; one thousand and twenty-three (1,023) cultists, and four hundred and eighty-two (482) murder suspects. 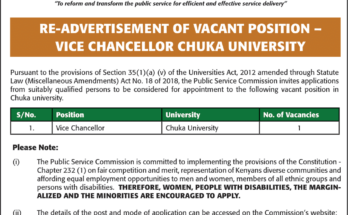