In todays latest helb news 4th February 2022: More than 75,000 university freshmen have failed to get State loans after the Higher Education Loans Board (Helb) ran out of cash, setting them up for a tough life at the beginning of their studies.

Helb said the freshmen, who joined public universities in September, will have to wait till the Treasury offers it Sh3 billion for initial disbursement.

The majority of loan applicants come from poor households and require financial support from Helb to pay for their tuition and upkeep. Most universities require full payment of a semester’s fees to admit students and delay in disbursement, therefore, risks forcing some freshmen to postpone their studies.

Helb executives on Thursday told Parliament that inadequate allocation and delayed release of cash by the Treasury had triggered the cash crunch amid rising defaults from former university students in the wake of the Covid-19 pandemic that triggered layoffs, business closures and a freeze in hiring.

“Right now we have 75,000 first-year students that are yet to be funded and we require Sh3 billion to process their applications,” Helb chief finance officer Mary Wachira told the National Assembly Committee on Education during the review of the national budget.

The delayed disbursement means that the first-year students will have to find alternative means of paying for their tuition, accommodation and upkeep as they await government funding.

The agency funds needy students to the tune of between Sh35,000 and Sh60,000 per year, based on their economic background.

Of the total loan disbursed, Sh8,000 is sent directly to the university as tuition fees and the balance to the beneficiary’s bank account in two equal tranches covering the first and second semesters.

The cash crunch at the Treasury comes in a period when revenue collection has been hit by the effects of the pandemic amid increased budgetary requirements in an election year.

More than 100,000 former university students defaulted on their Helb loans at the peak of the Covid-19 pandemic.

This highlights the struggle faced by beneficiaries who were making repayments on the strength of their payslips and cash flow from their businesses for those in self-employment.

Helb is supposed to be a revolving fund in which beneficiaries who have completed studies pay back to support a fresh group of students.

This has, however, not been the case in an economic setting that is plagued by a hiring freeze on the back of sluggish corporate earnings.

Lawmakers have been pushing to increase the grace period for Helb loans repayment to five years after graduation, to allow beneficiaries time to stabilise financially.

Currently, beneficiaries start repayment one year after completing studies or risk blacklisting with credit reference bureaus for defaulting. The short repayment period has been linked to the growing list of defaulters.

The beneficiaries are expected to clear their loans within four years, a pointer of how layoffs and freeze in hiring plans have hit young employees.

Helb has over the years struggled to meet rising demand for loans.

The number of government-sponsored students in public universities has grown at the fastest rate in four years as State funding neared the Sh42 billion mark.

Data from the Universities Funding Board (UFB) — the State agency that guides the allocation of cash for students— shows the population grew 23.2 percent to 324,182 in the year ending June from 271,446 last year.

Government funding for the students also hit a four-year high of Sh41.9 billion but still remains inadequate to cover the tuition costs.

Allocation to Helb from the Treasury jumped from Sh7.5 billion in 2015 to Sh15.2 billion, but it has failed to keep pace with rising students population.

The record rise is linked to the lowering of the entry grade to public universities to C+ for government-sponsored students five years ago.

This is the fastest growth rate in at least four years. The last time the growth was close to this high was a 19.4 percent rise in the year ended last June.

Kenya cut the minimum entry grade for government-sponsored students from B+ to C+ in 2016 in a bid to allow more students to pursue university education on State sponsorship. 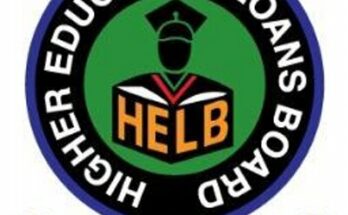