NSFAS News Today – After receiving relevant reports on the case of theft of a university student, the East London Regional Court concludes its case. This comes as the student received millions in allowances from her National Student Financial Aid Scheme bursary.

Sibongile Mani, a Walter Sisulu University (WSU) student, had been accidentally credited with R14 million by IntelliMali on her student account as part of her allowances from the National Student Financial Aid Scheme (NSFAS).

NSFAS had confirmed that the administrative error was made by Intellimali, which at the time disbursed funds on behalf of WSU as its service provider.

Mani had been charged with theft when she made her court appearance on 14 February 2022 at the East London Regional Court.

Recently, the court has sentenced her to five years of imprisonment.

In the judgement handed down on Mani, Magistrate Twanett Olivier said:

Today, on evaluation, this court is of the view that a suspended sentence is inappropriate, totally.

Her legal representative had earlier pleaded for the courts to hand down a suspended sentence, instead of jail time for his client.

The lawyer argued that the represented Mani had shown remorse and is needed by her family as not only a mother of two children but also a breadwinner in her home.

According to Olivier, the form of sentence that the court deemed as being appropriate was direct imprisonment.

In Mani’s previous court appearance, the Judge had received the correctional services report but an outstanding report from either the social development or the probation officer was yet to be presented.

After considering both reports and other forms of evidence, the Judge finally concluded the case. 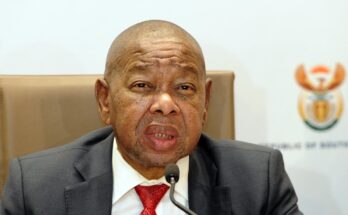